Perhaps the next time you drove by it was in an electric car. Maybe you’ve found other ways to help. Or maybe as you’ve thought about an answer, you’ve asked another question: Who painted this giant message?

The painting is part of his Billboards Hackers Public Art Project, designed to turn oversized advertising spaces into something more productive.

“They make us consume, burn and buy, let’s make it instead consider our role in climate change,” the artist explained. 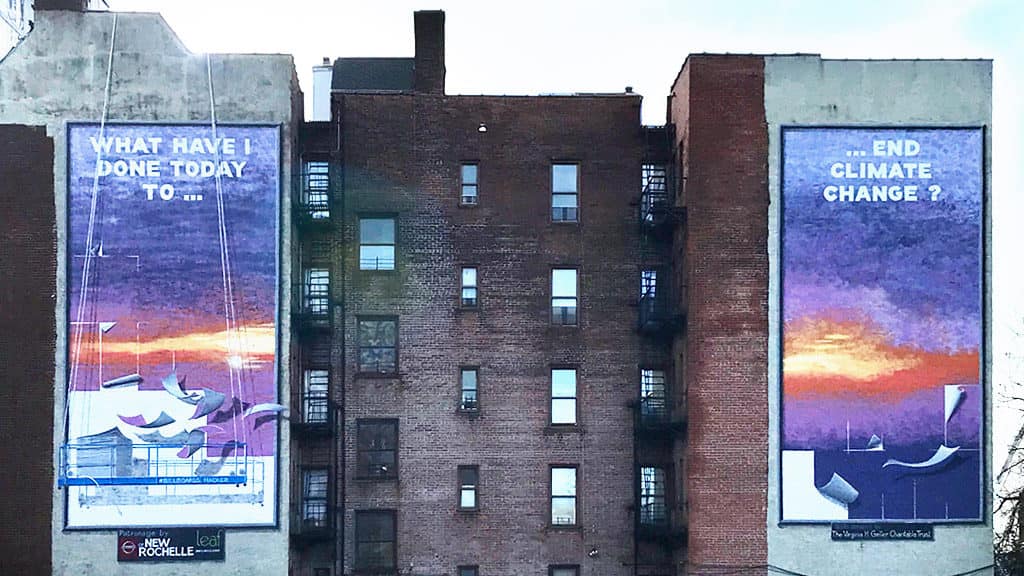 Before beginning the project, he had painted skies on canvases and large ceilings for clients and museums in eighteen countries around the world. When he came up with the idea to paint messages about climate change on billboards, he knew he had the right skills for the job.

A series of mockups and sketches helped him raise the money to finance the project. From there, the 2,000-square-foot mural on Huguenot took three weeks to paint.

Not only is applying more than forty gallons of paint a lot of work, but it’s particularly challenging since the Billboards Hacker is afraid of heights.

“I just ‘weld’ my hand to the handrail of the crane’s platform,” he said. “To give you an idea, we video-recorded the whole painting process with GoPro cameras and there is probably only one minute, in all, where I let go of the handrail.” A harness securing him to the crane offered additional protection.

Of course, not all of the Billboards Hacker’s work is billboard-sized. His latest project is considerably smaller. It features cats peeking out of holes on graffitied walls in cities across France, Greece and Columbia. The street art series, called “I am watching you,” is an extension of his public art project, but is more accessible and universal since it requires far less budget and time.

“In many civilizations the cat, as a symbol, is watching over humanity,” he explained. “That is perfect to be the other counterpart to the large billboards about climate change.”

The cats are prepared in his studio, then printed and applied at night. European media have dubbed him “the Banksy of Paris” for his efforts. 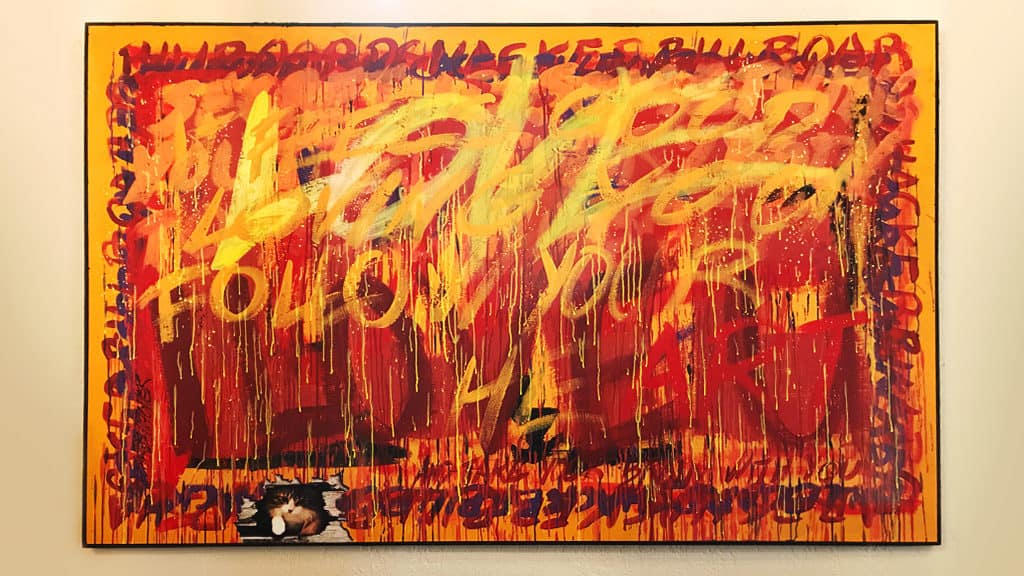 So far, thousands of cats are watching over us. And though you won’t find them on buildings in New Rochelle, you will find them poking out from holes on a graffiti-covered canvases adorning the walls of downtown’s R Café & Tea Boutique. Each is available for purchase.

“There will be more cats, more cities, and more billboards,” the artist promises, “until we, humanity, will come all together to fix that problem before anything else.”

Have you done your part today?