Downtown New Rochelle has a storied past, rich with culture and creativity. Today, the city’s development efforts and the community’s involvement are keeping Main Street busy writing its future with a host of unique shops, restaurants and activities. Here are just three hidden gems you should know about:

CONSIGN IT ON MAIN

If you’re looking for high-end designer furniture and antiques, there’s no better place than Consign It On Main. Just ask the many Hollywood set designers who frequent the shop to create scenes for everything from The Post, starring Tom Hanks and Meryl Streep, to Emmy-winning The Marvelous Mrs. Maisel.

The 5,000-square-foot store specializes in 19th-century antiques and furniture to mid-century modern designs, including Theodore Alexander, Barbara Barry for Baker, Schmieg and Kotzian, and plenty more. The pieces, all on consignment as the store’s name suggests, arrive from all over Westchester—typically when people are relocating or scaling down their living space.

“Most of it comes from multimillion-dollar homes, from people that have had high-end designers,” said owner Candice Denslow. “We give a lot of white glove service and make the transition as easy as possible. We really get to know our clients.”

The store’s size and ever-changing inventory has built the business into a one-stop shopping destination for people in the movie and TV business. 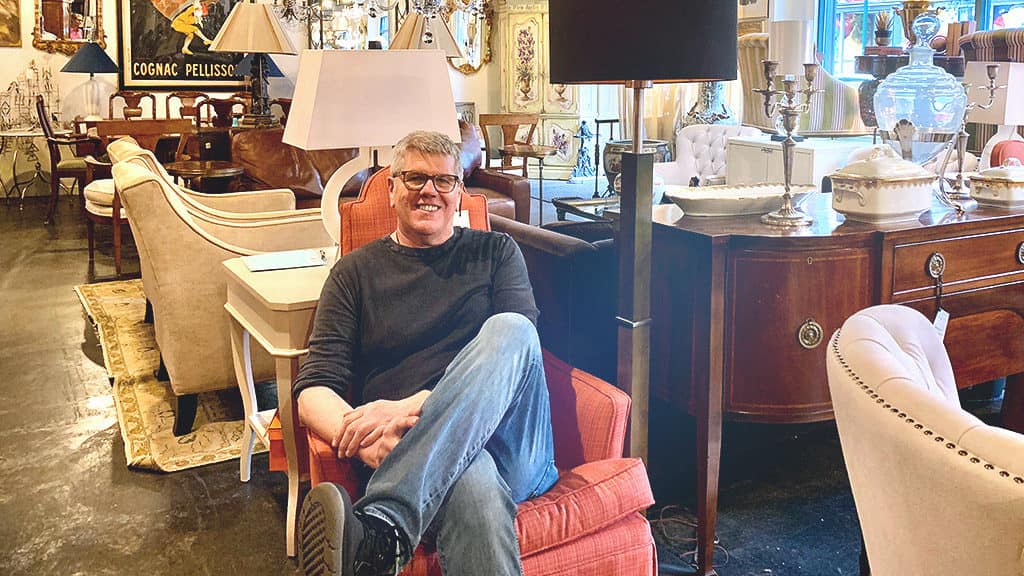 In addition to the aforementioned productions, Consign It On Main has recently provided furniture for HBO’s The Wizard of Lies, starring Robert De Niro and Michelle Pfeiffer, Amazon’s Sneaky Pete, with Giovanni Ribisi, and more than fifty other shows and films over the years. One of them, Egg, premiered earlier this year at the Tribeca Film Festival. The movie, starring Madmen’s Christina Hendricks, was filmed entirely in New Rochelle.

“Everything came from our store, here in little old New Rochelle,” Denslow said.

Denslow credits much of the store’s success to her business associate, Dominick Cioffoletti. As the manager of the United Jewish Federation’s thrift shop on North Avenue for nearly thirty years, he built up a strong network of relationships with donors. When the store closed, Denslow joined forces with him.

“We were in the right place at the right time, with the right face in the community – and that face was not me,” she said.

Shoppers at Consign It On Main will also find a high-end ladies designer boutique within the store, called Sweet Preserves, which caters to pocket books, jewelry, clothing, accessories and more.

New Rochelle offers plenty of gyms with ellipticals and spinning classes. But if you want to box, head to South Division Street, just off Main, and climb the stairs to Champs Boxing Club. Inside you’ll find two rings, more than twenty different types of bags, a full weight area, and more than 4,000 square feet of space for boxers to train.

O’Leary opened Champs in 2012, but he’s been coaching boxers for nearly 27 years and fought in 64 amateur bouts. Before Champs he coached at other gyms while balancing a job on Wall Street.

“About eight years ago I left the business world and decided to follow my passion and start my own gym,” O’Leary said. “It was long overdue, this is the world I belong in.”

Since then he’s built a team of fifteen coaches on staff who work with 1,400 students, ranging in age from eight to sixty-five. He currently has nine pro boxers actively competing—eight of whom are undefeated.

O’Leary worked with recently retired PeeWee Cruz from the beginning—his first amateur fight—to a shot at a world title. One of his rising stars is Natalie Gonzalez, who is 4-0 as a female flyweight and is signed by former world heavyweight champion, Evander Holyfield. Kristal Dixon is another Champs star who’s currently ranked #1 in the nation in her weight class and is a member of the U.S. Olympic Team and a five-time Golden Gloves champion.

“She has far exceeded any previous boxer, if not, athlete, ever to come out of New Rochelle,” O’Leary said. “She has more national and international wins than any other boxer out of Westchester County in the amateur ranks.”

Boxers from outside of New Rochelle have used Champs as their training camp. Former featherweight champion Carl Frampton, for example, used the gym to prepare for his title-winning fight against Leo Santa Cruz.

Of course, you don’t have to have aspirations of winning a title to step into the ring. According to O’Leary, 85% of his students are there for the full body workout, which hits every major muscle, increases cardio, and promotes weight loss. But everyone gets treated the same. “An eight-year-old or a 65-year-old will get the same attention I give to a pro training for a fight,” he said. “They are trained the correct way, and with respect.”

Just a few feet away from Champs is another place to bring out your competitive side. Encore Esports offers more than two hundred video games for single players or multiplayer groups and hosts regular events and tournaments.

Located at the corner of Division and Main, the darkly lit, second-floor space offers a host of computer stations and PS4s with large screens, couches, and plenty of snacks and drinks to keep you comfortable and well fueled.

Open since April 2018, it’s truly the modern version of the arcade.

“This is building on that idea,” said owner Govinda Raghubar. “The idea here is for people to come and meet people who are also into this kind of thing. So many people playing here did not know each other before.”

Raghubar, who has lived in New Rochelle since 2000, spent years playing video games professionally and earning money from his success. 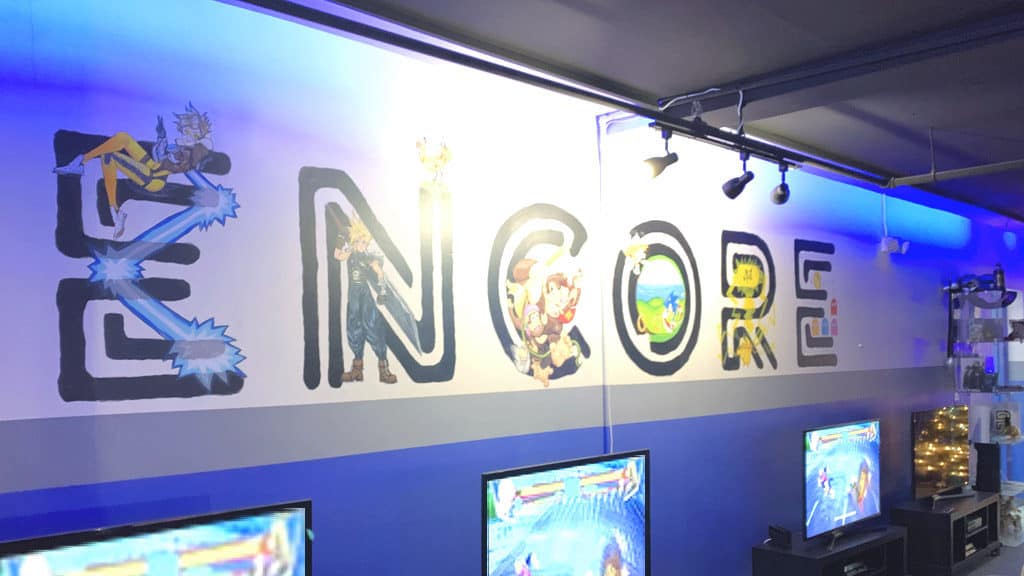 “I think that playing video games is fun, but my core enjoyment of playing is pushing the competitive edge in the game,” he said.

With Encore Esports, he’s able to share his drive while building a community for gamers of all ages. Players come from Queens, Manhattan, Brooklyn, as well as Upper Westchester and Connecticut to test their skills.

“The level of competition here is really good,” Raghubar noted.

A tournament for the recently released Super Smash Bros. Ultimate kept competitors gaming for 48 straight hours. But for those looking to play more casually, Encore Esports offers monthly and weekly memberships, along with hourly rates. The space accommodates 80 gamers comfortably, all playing simultaneously.